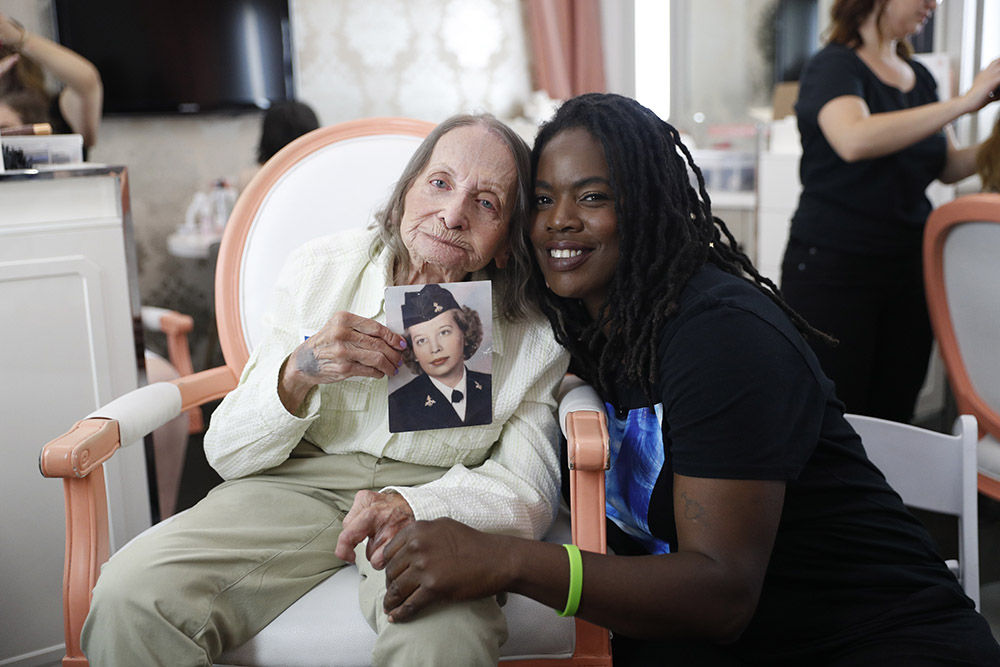 On August 6, a very excited group of female Veterans stepped off of a school bus in West Hollywood, ready to be pampered. Thanks to alums Nicki Maron '05 of Blushington and Wendy Marantz Levine '91, Founder of The Beauty Bus Foundation, these Veterans received complete make-overs including hair, make-up, and nails, as well as a goody bag filled with beauty products. They enjoyed a catered brunch while they moved from station to station, laughing and chatting with new friends along the way. They each received before and after headshots as well. Most importantly, several of the Veterans reported that they felt special and beautiful inside and out, including a Korean War Veteran who was celebrating her 90th Birthday! Watch this video to hear from the Veterans themselves about what the experience meant to them.