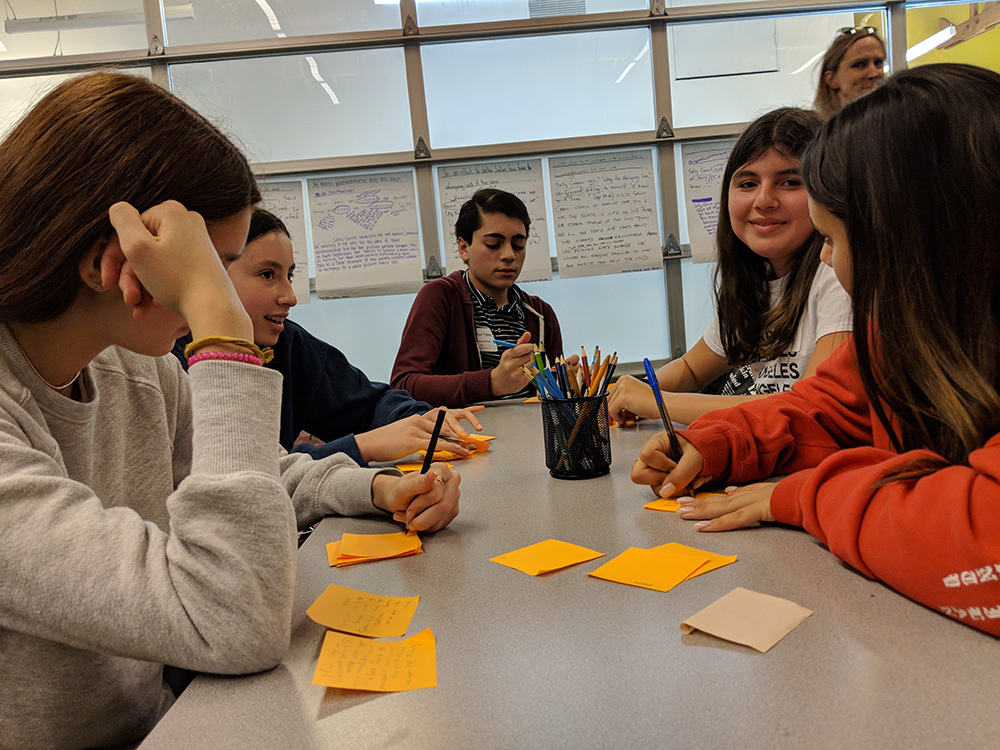 This year Brentwood School joined six other independent schools to host and plan the LA Teen Hackathon. Staff and students connected with our Belldegrun Center for Innovative Leadership and met regularly for months to plan all aspects of the exciting day including breakout instructional workshops, pitch training, prizes, and promotions. We had a fantastic turnout from students in all three divisions, and our Upper School participants swept virtually every award.

Students, under the mentorship of industry professionals, worked together to create products that fit within the theme of Entertainment. The day started with students attending two of many different morning workshops where they learned programming, design, and business skills. They then split into groups and began working on their products. Later that day, they pitched their ideas to a panel of judges that included CEOs and Directors from local companies such as Google, Headspace, and other corporate investment and incubation firms.

Middle and Lower School teams created an app concept to help clean up the oceans and a prototype for a social activism social media platform (Global Love and Unity). Said Middle School hacker Sienna N., "The Hackathon was a productive and innovative experience that sparked creativity for me in all areas. By using design thinking, teamwork skills, and being innovative, our group produced a prototype for a game simulation and a communication platform that will help promote activism and social change on the younger generation. I am grateful for this experience because it has impacted me in a way that will forever change the way I think and create."

Nine of the eleven Upper School award winners were Eagles, who elicited highest praise from the judges.

"There's no question about the Moonshot Award. It's going to Honeycomb." The six judges unanimously agreed on the team with the most technical ambition. Tucker K., Aleks S., and Sierra F., created a working peer to peer social media platform. The judges were awestruck as the group presented their invention which effectively solved privacy concerns by replicating everything Facebook could do without storing user data on a server.

The Shark Tank award for best business potential was given to Sydney M., Maya N., Brandon M., and Nick A.. Using the Python programming language, they created a code base for a screen time app that uses a point-based system to persuade kids to get off their devices.

Congratulations to all who attended! Until next year.