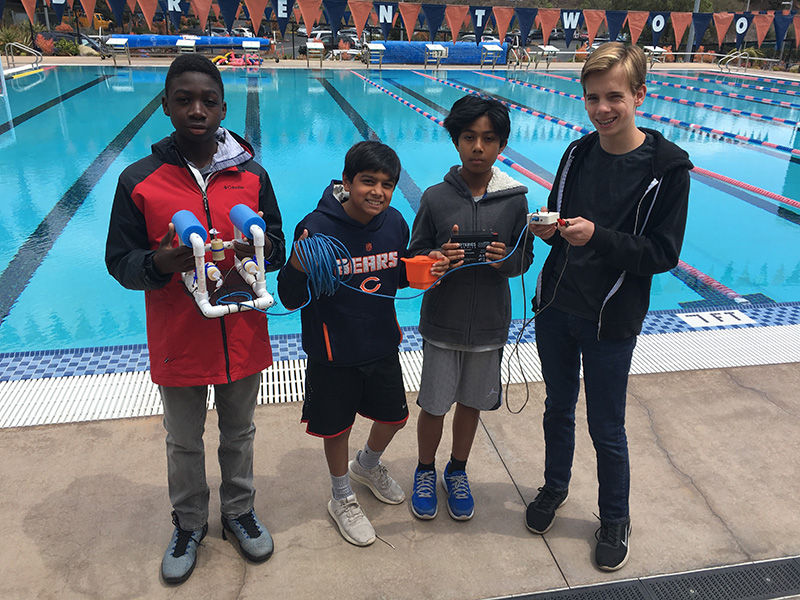 Meet NedBot v1, an underwater remote operated vehicle (ROV). If you had dropped by the Caruso Watt Aquatics Center during Thursday's Middle School Exploratory period, you would have witnessed the ROV's maiden voyage. A handful of Middle School students built NedBot v1 from a SeaPerch kit sponsored by the Office of Naval Research. Shaylan C. '23, Shawn Noah S. '23, Charlie K. '23, helped to assemble the frame as well as waterproof and mount the thrusters and tether cable, while Ralph H.'22 soldered together the circuit board parts and assembled the control box. As NedBot v1 descended beneath the surface of the pool and maneuvered around underwater, Shaylan commented excitedly, "It's hard to believe that months ago we were measuring tubes and now it's working. I didn't think it was gonna work." What next? Spruce up the appearance? Add an underwater camera? Set up an obstacle course? It's up the to the kids.